RANSPARENTLY OBVIOUS: THE MUSIC BUSINESS HAS TO CHANGE 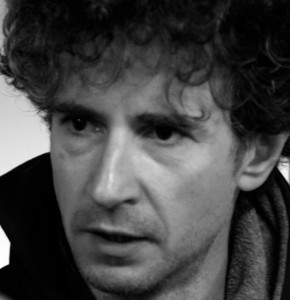 Rethink Music, the report published by the Berklee College of Music and which puts the spotlight on transparency, has provoked a great deal of comment over the past few weeks.

I contributed to the report and have observed it all with interest.

Much attention surrounded the major label artist who only received their royalty statement in paper form. The example is a little extreme, but not uncommon.

One major label told me I could not have an Excel version of a PDF statement “as a matter of policy” and that I had to buy converter software and do it myself: not so simple as the PDF was not formatted correctly and it took forever.

In contrast, another major label emailed me an Excel within twenty minutes. It is a small thing, but some organizations seem to go out of their way to be unhelpful.

Responding to Rethink Music, the IFPI makes some valid points about investment and return.

Yes, many artists make a better margin on digital compared to physical, but so do labels.

One quibble: the IFPI’s “artist payments” figure includes advances (which are now also recouped against a share of ancillary income), but the IFPI compares it to “sales revenue” which according to their own figures does not include ancillaries; only digital, physical, performance rights and sync.

If this is so, I would question whether this is a like-for-like comparison?

“THE MUSIC INDUSTRY’S BUSINESS PRACTICES ARE OUTDATED, DISJOINTED AND UNALIGNED.”

The IFPI response completely avoids the matter of transparency, the most crucial matter of all and one that we must resolve.

We must have full transparency on all deals and calculations. Of course confidentiality is to be respected; but managers, lawyers and accountants also have an additional fiduciary duty of care to their artists, so they must act properly and that includes confidentiality.

Rights owners have no such responsibility and perhaps they should. Bottom line: there are no excuses for non-disclosure.

No matter what happens in the UK and Europe however, the balance of power within major labels and publishers lies in the USA.

It was, therefore, disappointing to read in the New York Post that: “Some music label executives [said] they are now questioning their support for Berklee’s internship program”.

Old school threats and bullying instead of addressing the matter at hand, this is not a good look. If anyone feels left out or disagrees, they should engage openly with the Berklee team.

Those interviewed by The Post also attempted to rubbish Rethink Music as a ‘“long advertisement for music publisher Kobalt,” which recently took in Google Ventures as a shareholder’, but the Berklee team clearly discloses Kobalt’s support.

As for Google Ventures, well it makes for a good story but anyone with any sophistication will understand the VCs who invested in Kobalt will have little, if any, regard for the position of YouTube, etc.

They just want to make good investments that create value for their fund. It is worth noting the comments of Bill Maris, who led the investment:

“I discovered how messed up the music business is. Is it even a business? In what other industry can you provide a product, get no information on who bought it, how many times it sold, and then a year later get a cheque with no explanation?”

Maris has invested $2 billion into 300 companies from tech to life sciences.

“WE MUST HAVE FULL TRANSPARENCY ON ALL DEALS AND CALCULATIONS.”

This is not about bashing major labels for the hell of it.

On a day-to-day level, many of us in the management world like and respect the individual label executives with whom we work; but a substantial overhaul of business practices at a corporate level is essential and not just in labels; PROs and publishers also need to change.

The music business is no longer a self-contained cottage industry; it is deeply intertwined in a much bigger and more complex world where the consumer is the real power player.

Yet the music business is failing to achieve its full potential because it is tied up in knots: its business practices are outdated, disjointed and unaligned.

The Taylor Swift/ indie label/ Apple Music showdown illustrates what can be achieved when we unite as an industry with the artist front and centre.

If we continue to dodge transparency then the lack of trust between creators, their representatives and the major music corporations will continue to erode the opportunity that digital technology provides us.

It is that simple.