To mark the launch of the DIVERSITY IN CYCLING report, we held an event at Look Mum No Hands! which brought to life the themes in the report.  On a hot, sticky summer’s evening, LMNH was packed with over 100 cyclists, male and female, from all backgrounds and all walks of life.  With nine speakers together with audience questions we massively over-ran, but despite this and the hot and crowded venue, people stayed for the duration of the talk and many stayed afterwards. 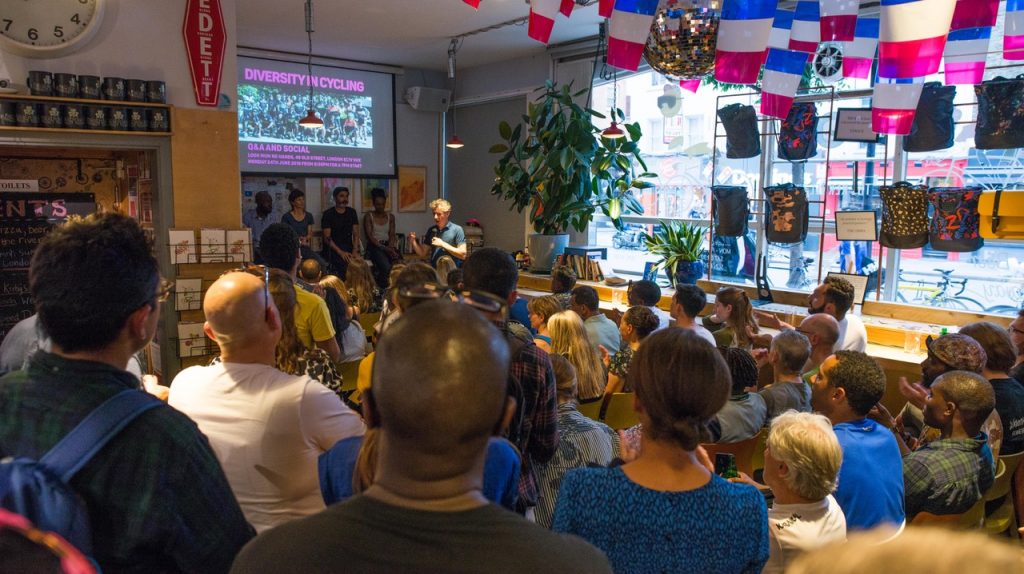 Speakers included Biola Babawale of Velociposse who contrasted her experiences of cycling with her career in the white, male dominated arena of asset management.  Mani Arthur described his vision for forming Black Cyclists Network, while Junaid Ibrahim described his experiences in forming Brothers on Bikes.  Nasima Siddiqui, co-foudner of Wyndymilla spoke of her long experience in cycling and the impetus for founding Wyndymilla, a vibrant and innovative cycling brand with an inclusive ethos.  PJ Dulay of the Fireflies and Cicli Artigianali discussed the mystique and etiquette surrounding cycling and how this can sometimes be intimidating for newcomers.  Matt Kumar of Kingston Wheelers highlighted the key takeouts for KW and other London cycling clubs. 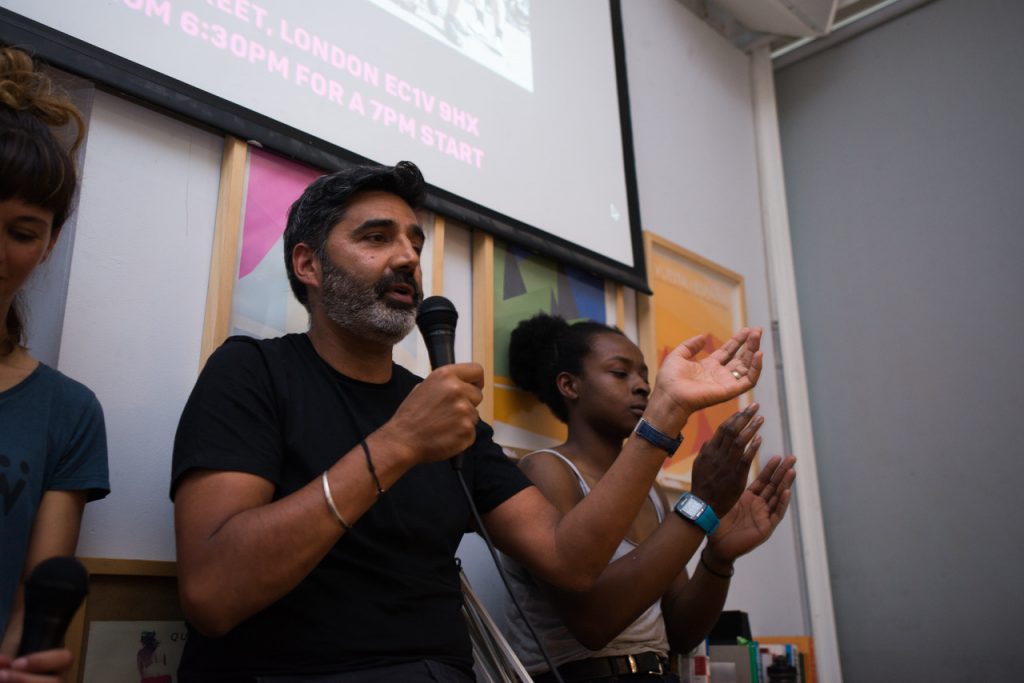 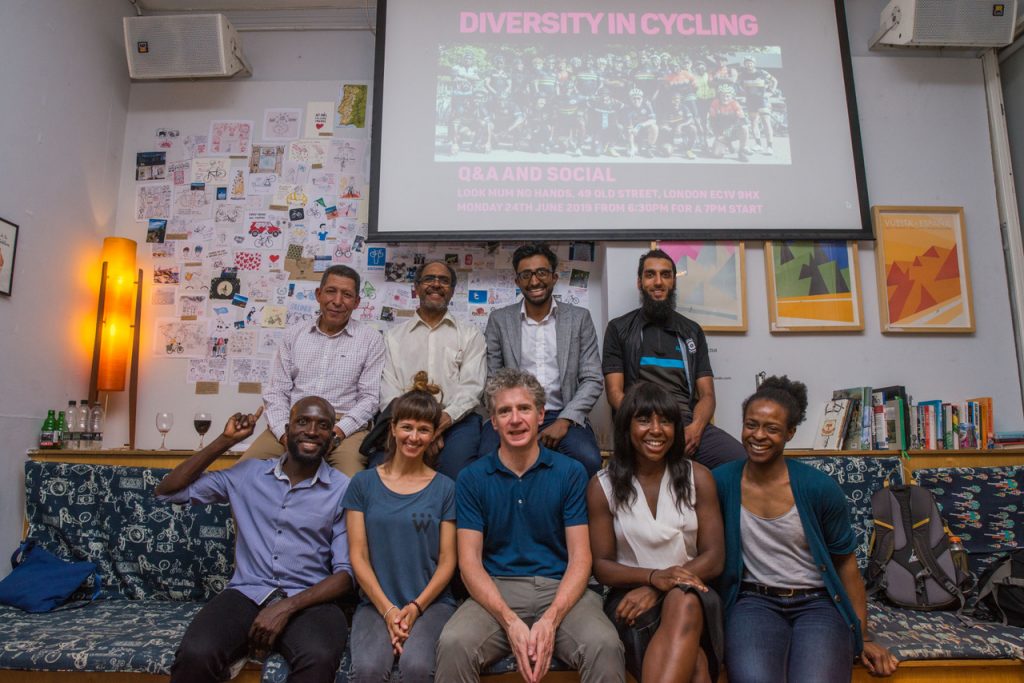 Special guest, former professional and cycling legend, Maurice Burton together with his friend Joe Clovis told of their experiences of racism in cycling during the 1970s and their pathway through through the sport culminating with Maurice acquiring De Ver Cycles and forming Team De Ver C.C. 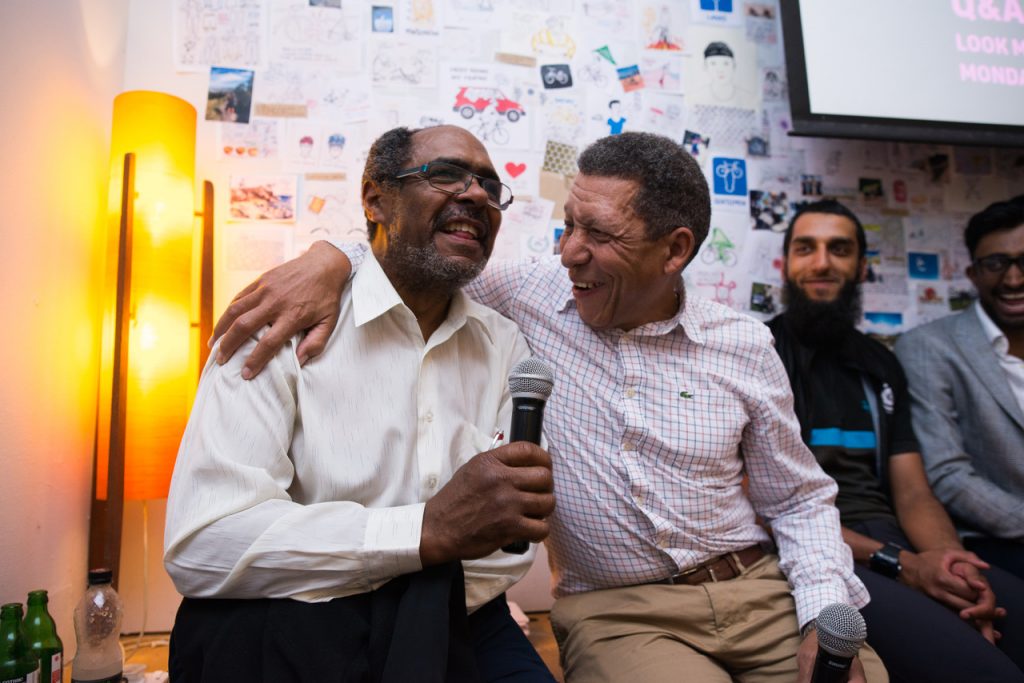 Following an audience Q&A, the evening was brought to a close with the impassioned words of Yewande Adesida of SES Racing who, having earlier described her own pathway into the sport, encouraged others to take up the mantle. 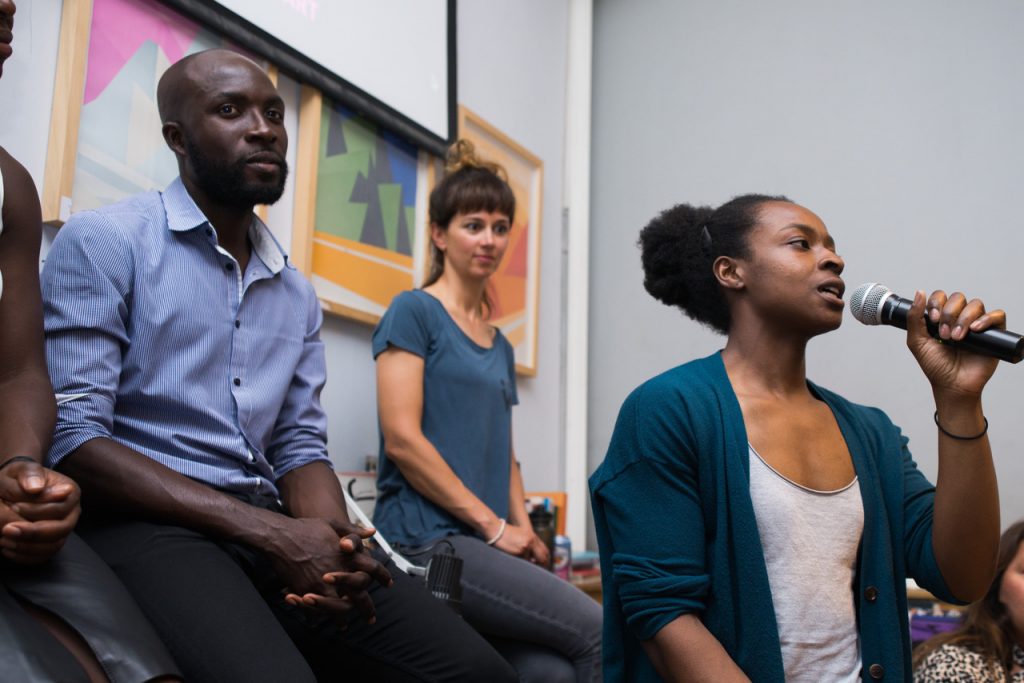 Hopefully this is just the beginning of what is a long overdue conversation within the cycling community. 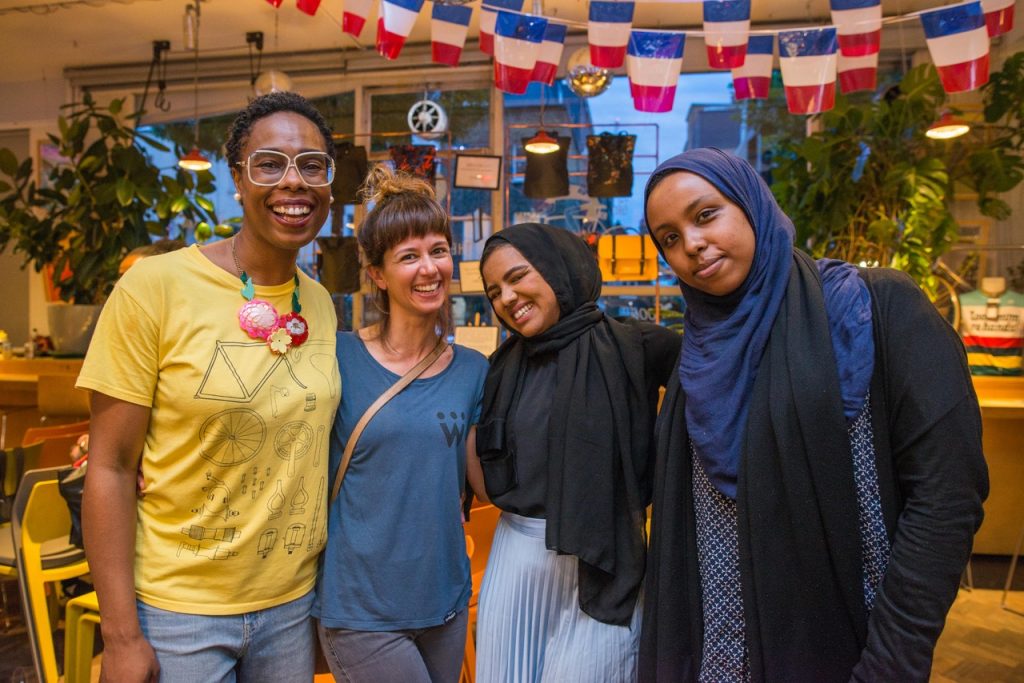 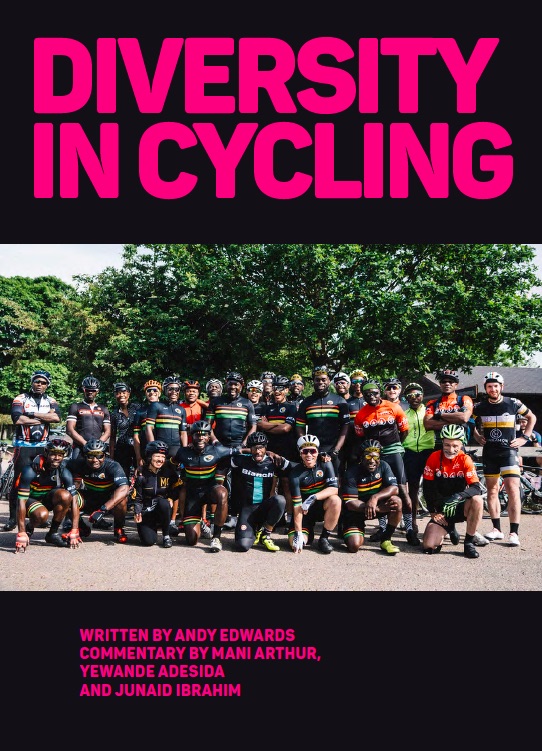